War in Ukraine: Dentists will not sit idly by

War in Ukraine: Dentists will not sit idly by On 27 February, three days after Vladimir Putin launched his invasion of Ukraine, Dr Miguel Stanley set off from Lisbon in Portugal to Cracow in Poland with his friend Mike and father-in-law, Viktor Beznosiuk, who now lives in Portugal and even at 68 years old could not be dissuaded from going to fight for Ukraine. 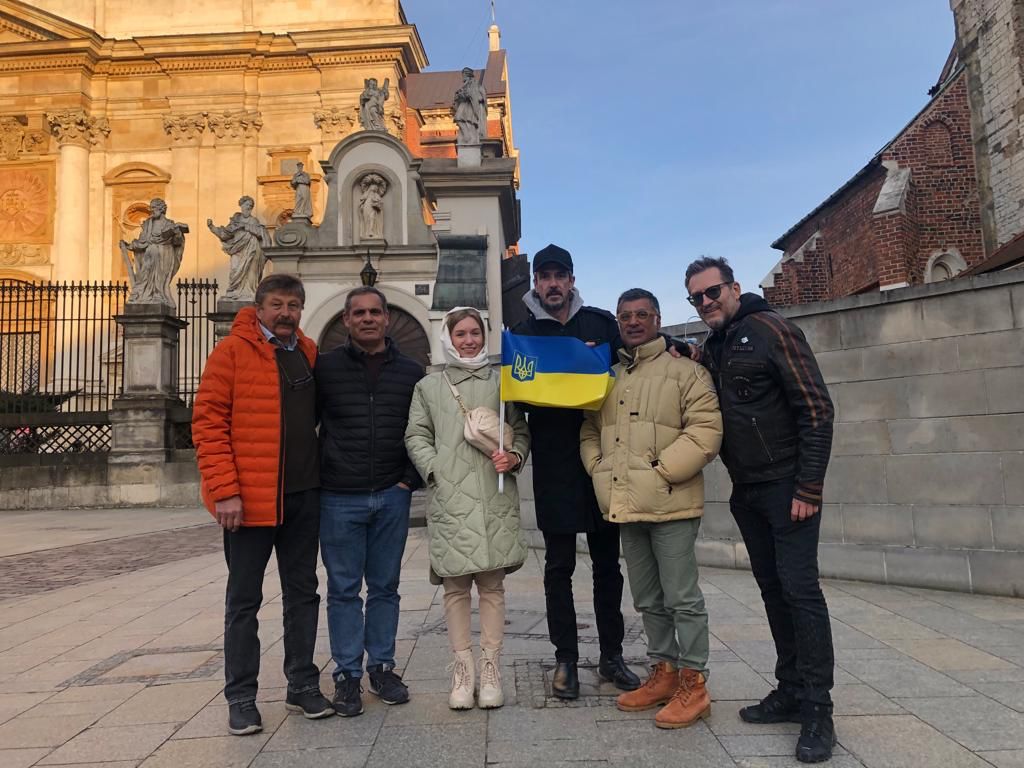 Dr Miguel Stanley and some of the volunteers during the trip from Portugal to Poland. (Image: Volunteer of the trip)

It is important not to stay silent; it is important to try to do your part and stand against anything that threatens a people, a country, our liberties, or our freedom. We often feel helpless; we might not know how and where to start. We might feel that whatever we do will only be a drop in the ocean, but even a drop can help. Staying silent with your words or actions in response to anything that is unjust or violent or threatens us all often becomes a larger threat. In this article, Dr Stanley shares why he wanted to and why he had to drive 6,600 km to aid Ukrainians.

Many people have asked me whether I did what I did because my wife is Ukrainian. I think that my actions were a response to the absolute chaos that has descended on a civilised, democratic European nation. With children and civilians dying, I could not just sit idly by knowing that these people were suffering, and more was surely to come. Therefore, instead of just talking about it, I decided to do something about it. Knowing that my father-in-law wanted to go to help the war effort despite his age, instead of putting him on an aeroplane and bidding him farewell, I drove with him and a friend on a three-day journey from Lisbon to Cracow in a van filled with pharmaceutical supplies from my clinic and from a nearby pharmacy, along with baby diapers and anything that I thought people might need.

On the way, I made a few phone calls to several colleagues based in Germany, and Dr Markus Tröltzsch from Ansbach and Dr Jan Kurtz-Hoffmann from Leipzig together organised another truckload of pharmaceutical supplies, suture thread and everything we thought might be necessary in a war situation. We funded this trip privately and drove all of our supplies in two cars to Cracow. A good friend of ours, Dr Nazariy Mykhaylyuk from Kiev, put us in touch with the director of Polish dental distributor FM Dental, Wojciech Feć, who has put his life on hold and has been doing amazing work to aid Ukrainians. He helped us make sure that the supplies we had brought reached Ukraine safely and were properly distributed. 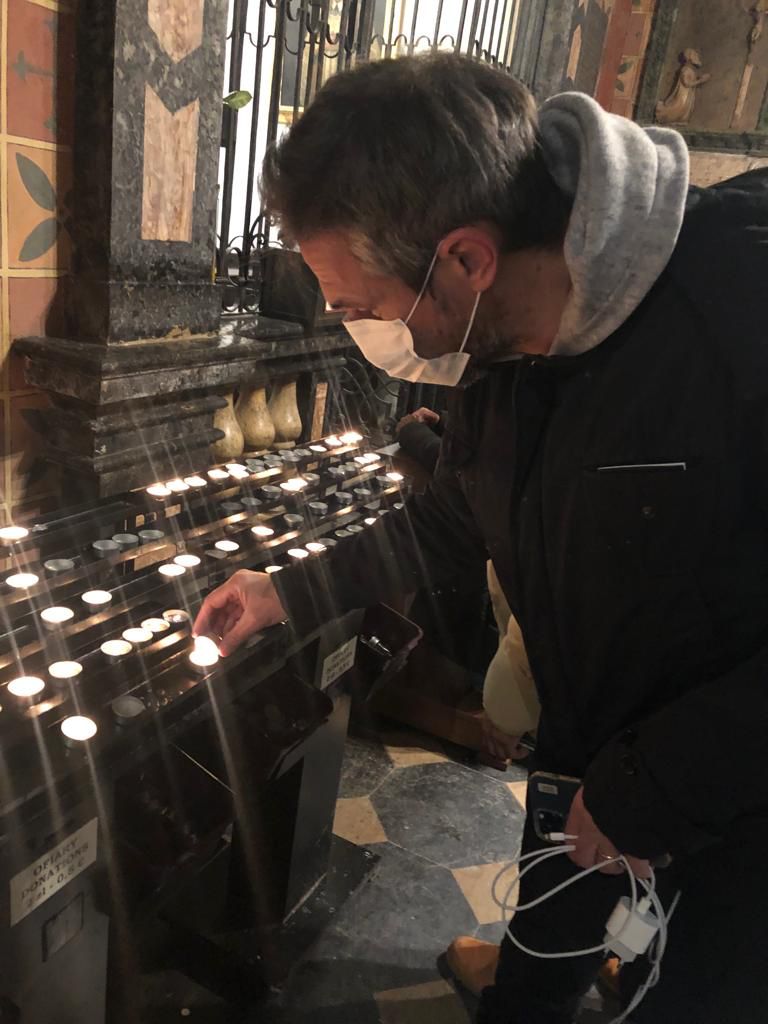 Dr Miguel Stanley lighting a candle for hope and for peace in a church in Cracow in Poland. (Image: Volunteer, trip Portugal to Poland)

Ukraine is an amazing country with a democratically elected president, and there are no reasons to justify this attack. That is the reason why the world has responded with sanctions against Russia. The Russian population will unfortunately suffer the consequences of these sanctions, but there is little alternative for bringing pressure to bear on the government. There are of course many good people in Russia who do not want this war. Much of the population do not know what is really going on, having been fed lies by their government and not being provided with accurate information, as news outlets that do not toe the government line have been suppressed and banned from publishing. Those Russians who are factually informed are not allowed to even mention the word “war” to refer to what is happening.

We were very pleased to see many organisations suspending their activities in Russia. As dentists, we too did what we could. Within the first five days of the invasion, with Dr Christian Coachman, the founder of Digital Smile Design, and a group of over 200 leading dental surgeons, we wrote an open letter to CEOs and organisations within the dental community, asking them to suspend all activities in Russia pending a peaceful outcome to end this horrific war in Ukraine. As dentists what we can do is to suspend all commercial activities with Russian companies until this is over and try to give our Russian friends balanced news.

As dentists, we can also donate carefully packed and clearly identified supplies that are needed in a war situation: gauze pads, central lines, suture thread, analgesics, antibiotics. Obviously, we can make donations of financial aid and even open our homes to help displaced Ukrainians stay in places of safety until they can return to and rebuild their country.

We left my father-in-law at the border between Poland and Ukraine, and we brought back two displaced Ukrainian women and their three children, the youngest only 8 years old, safely to Portugal, where families were willing to welcome and support them.

The outpouring of support from other nations, not just bordering nations but many other European countries, has been overwhelming, and it warms my heart to see so much humanity in the world and so many good people out there. It is difficult to see that so much pain can be inflicted by so few on so many. Speaking at the SymposiumSzeged Conference was energising

WOW! That’s all I can say after delivering a brand new lecture this past weekend in Hungary, at the 15th edition of the SymposiumSzeged conference.

Trust in healthcare: is it eroding?

One of the great pillars of healthcare, a relationship of trust between doctor and patient is crucial – while one is facing health problems, the other has the skills, knowledge and experience to minimise suffering, create a treatment plan, execute it and accompany the patient towards a solution that restores health and wellbeing. So, why is trust in healthcare eroding? How to be a better patient and get better care

As healthcare providers, our expertise and skills are at the forefront of what we do, but our “bedside manner” is just as important, precisely because we are dealing with other people’s health.